National Feral Cat Day focuses on raising awareness about the various issues facing feral, or stray cats, promoting Trap-Neuter-Return, and recognizing the numerous compassionate people who care for them. This day aims to end the practice of euthanizing these cats and also to reduce the number of unneutered cats. 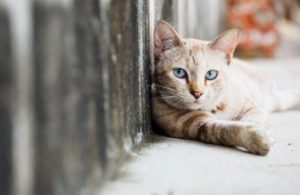 Feral cats are independent cats who live and hunt outdoors and do not socialize with humans. Feral kitties do not do well at shelters. When they end up at the local pound, they are deemed unadoptable, often resulting in euthanization.

There is a movement toward accepting feral cat colonies in neighborhoods, along with caring for these outdoor felines who keep the rodent population in check for homes and businesses in their adopted communities.

Alley Cat Allies began observing National Feral Cat Day in 2001 to promote awareness about feral cats, and how to care for and reduce their populations. Alley Cat Allies strongly support the “Trap-Neuter-Return’ policy, where stray cats are captured and brought to local volunteer veterinarians who neuter them and then return them to their street homes. That allows cats to live out their lives on the streets without giving birth to more kittens that would also end up on the streets. Many of shelters have now adopted the “Trap-Neuter-Return” policy, rather than the cruel practice of “catch and kill.”

How to Celebrate Feral Cat Day

The best way to celebrate Feral Cat Day is by informing people of the various issues facing our stray friends. Most cities continue to catch and impound cats in shelters, attempt to get them adopted and end up euthanizing them. Educate others about organizations such as Alley Cat Allies, and the “Trap-Neuter-Return” policy which saves cat’s lives while preventing future generations from joining the stray cat population.

Another way celebrate Feral Cat Day is by getting your cats neutered. You will be ensuring that no unwanted cats are born into this world.

What Can I Do to Help?

There are many ways you can make a difference. You can participate in a stray cat capture program, organizing your very own “Trap-Neuter-Return” program with a local group. You will be helping curb future stray cat populations while giving stray cats the chance to live their lives they way they prefer.

You can take part in changing the way society views stray cats. Social media is an effective platform to get your word out. There is no reason for the stray cats to endure the inhumane practice of euthanization. When posting on social media, use #NationalFeralCatDay. Let your voice be heard and encourage others to see feral cats as the unique creatures they are. 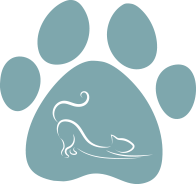